Ancient Design are playing LIVE on the 13th March 2021 at The Grace Emily Hotel, with Athletic Teenage Joggers 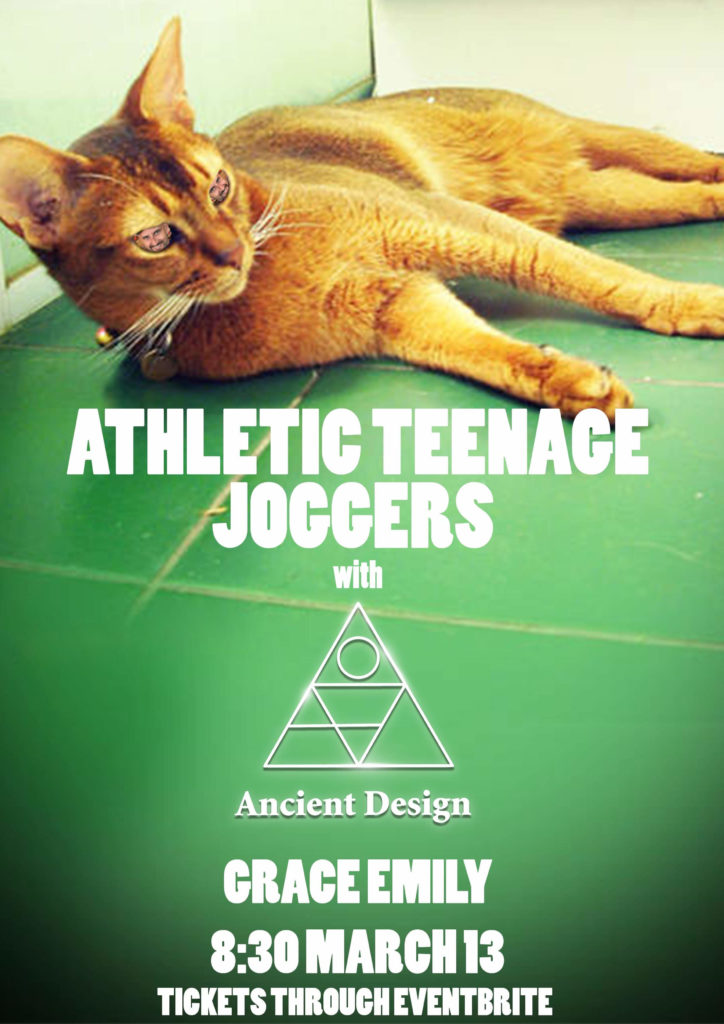 While we are thrilled to be able to play to you in the flesh, COVID-19 restrictions mean there is very limited capacity at the venue. For this reason, this is a ticketed event to ensure nobody will be left stuck outside the doors.

Athletic Teenage Joggers reunite after several years for one more high energy show. Ancient Design will be emerging from lockdowns to play their debut live gig.

We expect this show to sell out! Grab your tickets early at eventbrite!

Flash Gordon (vocals, ukulele)
Leathery, feathery, singer/songwriter, frontman of the former funkers Friday’s Fox, and all ’round nice hairy Pommy guy, Flash will take you on a journey but probably forget where he left you. Bring money for a taxi.

Conor Kinsella (guitar)
You likely know Conor from the blues/rock powerhouse which is Kitchen Witch. If not, you’ll soon know Conor from the slick tones of Ancient Design… Salvaging his fingers from the remains of Sledgehammock and Woe, he’s ready to diddly diddly with his wah and let you watch.

Tristan Louth-Robins (synths)
Normally on the guitar and vocals ensuring Garden Ruin sticks to its path of botanical breakage, Tristan instead picks up the synths, texturing your soundscapes and colouring your atmosphere.

Sven Hentschel (drums)
Accuracy. Speed. Precision. Long lasting lubrication. All the qualities you desire in a razor, as well as your drummer. Best known for his work with iconic metal band SE BON KI RA, Sven has been sedated and put through a rigorous re-education program to convince him he’s now the drummer for Ancient Design.